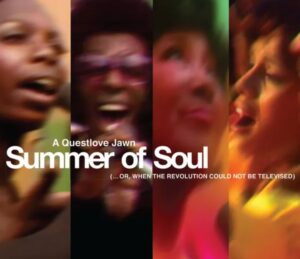 Musa Jackson, born and raised in Harlem. He is a true renaissance man known internationally as “The Harlem Ambassador”. One of the pioneering Black male models discovered by the beauty editor of GQ magazine in 1983, he modeled for GQ, Spanish Vogue, French Vogue, Italian Vogue, Mademoiselle, Seventeen, Per Lui, New York Fashion Of the Times magazines and walked the runways in Paris and Milan for Jean Paul Gaultier’s debut collection. He would become Harlem’s first ever international top Black male model becoming a part of the iconic male models of the 80s,  and the first Black male model for The Gap in a nationwide mainstream campaign. He has starred in over 40 commercials including Pepsi with the late George Michaels. As a screenwriter he sold his first screenplay to Walt Disney’s Hollywood Pictures and was one of the winners of the American Gem Short Screenplay Award. At New York Fashion Week he was one of the producers for fashion shows for Diane Von Furstenberg, Carolina Herrera, and Betsy Johnson. In Harlem he produced Nona Hendryx’s first visual Art show, posthumously Lena Horne’s 100 Birthday tribute, and the classic film Claudine 45th Anniversary both held at Marcus Garvey Park Amphitheater. He is the CEO and Editor-In-Chief of Ambassador Digital Magazine, one of the fast growing digital platforms. He is the Star of Questlove’s Oscar winning directorial debut Summer of Soul. Which also won Sundance Grand Jury and Audience awards and 6 Critic Choice Awards including Best Documentary and Grammy Award. He was recognized as a pioneer Black male model by the Council of Fashion Designers of America ( CFDA.com). He is also the co-founder of the upcoming Harlem Festival of Culture to launch in 2022.

The Harlem Ambassador, Musa Jackson, shares his journey on the road to the Oscars, his modeling days, and his Ambassador Magazine.